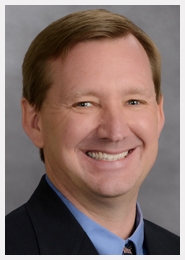 Jeff Muir joined the Blount Partnership as the Communications Director in Sept. 2011 after a 22-year career working in media relations and internet communications in college athletics at four universities.

A 1993 graduate of the University of Arkansas, Muir began his career at his alma mater doing media relations for baseball, football and men’s tennis. After a short stint at the University of Kansas, working with football and the track and field program, he moved to the University of Tennessee where he spent 15 years. As the associate sports information director, he served as the primary baseball media relations contact while working closely with football for nine years before moving to internet communications in 2004. In that capacity, Muir worked his way up to director of internet communications in 2009, before taking a similar position at Auburn University in 2010.

Muir, who worked with two national championship football teams at Tennessee  (1998) and Auburn (2010), was also the media relations director for the Volunteers’ 2000 Southeastern Conference regular season champion men’s basketball team and the 2001 baseball team that finished third at the College World Series.

He also serves as the official scorer for the SEC baseball tournament, a position he has held since 2005.

Muir and his wife, Donna, have one son, Tanner.