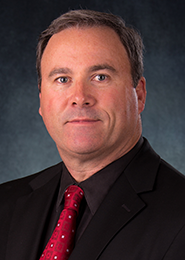 Mr. Bryan Daniels was born and raised in Greeneville, Tennessee, which is adjacent to Cherokee National Forest.  He has a Bachelor of Science Degree in Communications & Computer Science and a Master of Science degree in Manufacturing Engineering Technology from East Tennessee State University.

Mr. Daniels began his career with the Tennessee Department of Economic and Community Development based in Nashville, Tennessee.  During his time with the State of Tennessee he was involved in reform of the Appalachian Regional Commission Grant Program and the Industrial Training Service program.  Mr. Daniels left the State of Tennessee in 1997 and begun work as an Economic Development Planner for the firm of Barge Waggoner, Sumner and Cannon based in Nashville, Tennessee.  During this time Bryan worked with several communities within East Tennessee and Southwest Virginia. His clients were municipalities trying to develop their local economies and seeking state and federal support for their goals.

In 2010, Mr. Daniels was named President and CEO of the Blount Partnership.  The Partnership is comprised of The Blount County Chamber of Commerce, Blount County Economic Development Board, the Smoky Mountain Tourism Development Authority, and the Blount Chamber Foundation.  The 24-person staff is responsible for all economic development activities within the jurisdictional boarders of Blount County and the cities of Alcoa, Maryville, Townsend, Rockford, Friendsville, and Louisville.

During Mr. Daniels tenure, Blount County has recruited over 75 new and expanding companies in the areas of research & development, corporate headquarters, manufacturing, and back office support centers.  The total capital investment of these companies has exceeded $4 billion dollars and created more than 12,000 direct new jobs with average wages above Tennessee’s average.  The Blount County local governments adopted the new tourism authority structure which was written by Bryan and former Senator Doug Overbey.  The authority was unanimously adopted by the 107th Tennessee general assembly as a new local/state entity and has been championed by the Department of Tourism as a best practice for local governments to adopt.  Blount County has now been a destination for large recreational organizations such as (HOG Rally, Destination Vacations, etc.). Additionally, a mid-size meeting and convention space opened which will attract more opportunities for the Blount County region.

Daniels served as chairman for the U.S. Chamber’s Southeast Board of Regents (4-year professional development program based at the University of Georgia), President of the Tennessee Chamber of Commerce Executives, and secretary/treasurer for the International Economic Development Council based in Washington D.C. Bryan is past President for the statewide professional economic development association, the Tennessee Economic Development Council and is a member of the US Chamber’s Committee of 100 (which guides the policies of the US Chamber of Commerce).  Bryan currently teaches economic development principals & planning for the U.S. Chamber nationwide, teaches chamber operations for the Tennessee Chamber of Commerce’s non-profit management school (2-year program based at Middle Tennessee State University (MTSU)), and is a guest instructor at East Tennessee State University.   Mr. Daniels is very active with his alma mater  and is President of the ETSU National Alumni Association.

Bryan is very active in the community and has held the following leadership roles:
Email